Crochet stitch ,the basic crochet stitch , in order to learn crochet , you must know these stitches, which are included in most of the crochet work, and it is not possible to make any piece except with it, namely:

Chain
Snigle crochet
Slip stitch
Doube crochet stitch , and Treple crochet stitch ,  double treple crochet.
Halp double crochet stitch
Popcron stitch
Fan stitch
Shell stitch
Puff stitch
The  astek stitch(front post double crochet,andback post double crochet)
X stitch (cross stitch)
Reverse Stitch crochet
Braided Cable Stitch
And the method of preserving the limbs is consistent
Pattern chest and circular breasts.
Pattern simple shoes
The basic stitches in crochet, and you must learn them, and master them in order to be able to make any piece you want, so talk about each of them in a short glance, their name , and their symbol and pattern, and their abbreviation , and I will also put the basic pattern for the square chest and the circular chest, and Pattern The shoes.

A glimpse of each of the basic stitches in crochet

And its name  (chain), and abbreviated (ch)
And its symbol: 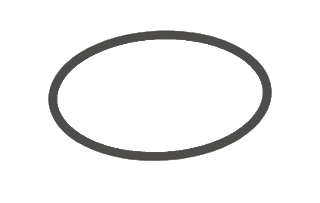 Chain symbol – the basic stitches in crochet
The shape of the string in the pattern:

Chain shape in the pattern – the main stitches in crochet
An example of a pattern in which the chain: 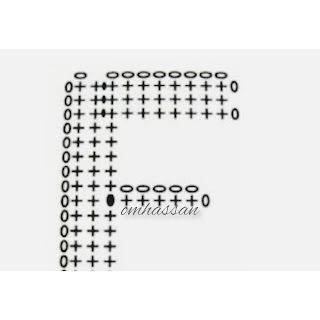 And a chain is the beginning of any work, and the main point in all crochet work, as it enters in the work of shawls and blouses and to decorate the ends, the uses are many and the shape is beautiful.

And its name (single crochet), and its abbreviation (sc), and its symbol: 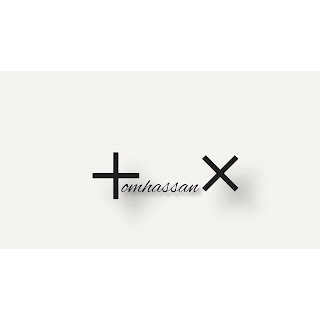 And its shape in the pattern: 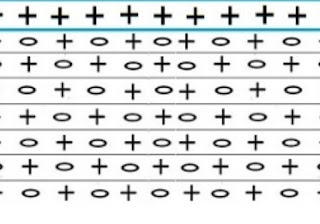 Example of a jacket with a stitching pattern: 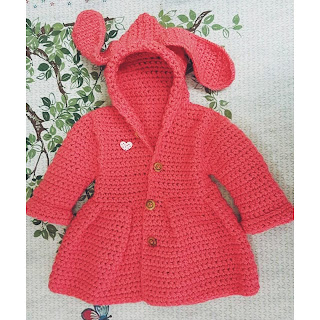 Single crochet stitch, the simplest and easiest stitch and can be used in children’s clothing because there are no voids in it, it is warm and its view is very beautiful, and easy to control, and the increase and decrease in the number of stitches, and as used in dolls, and small work, because it does not take a large space in work, and be a chain height  one.

It is also called post stitch, its name  (double crochet), abbreviation (dc), and its symbol: 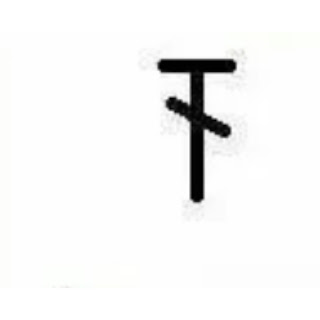 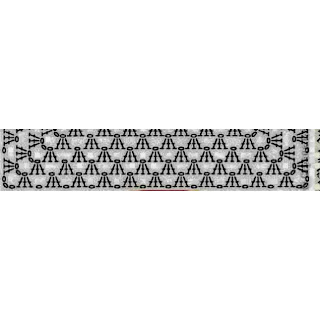 And its name in English (Treple crochet), and its abbreviation (tr), and its symbol: 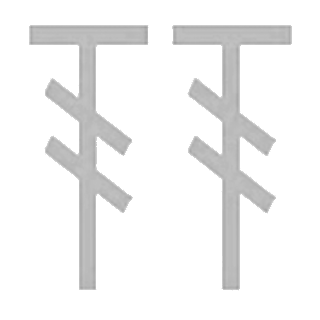 Treple crochet stitch is used for large works such as scarf, cascades, blankets, and blankets for childs, and its advantage is that it takes up a large in is area, entering the work with overlapping stitches, and is 4 chains high.

Its name (double treple crochet), abbreviation (dtr), and its symbol: 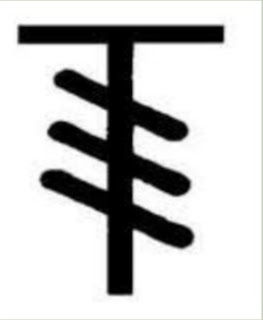 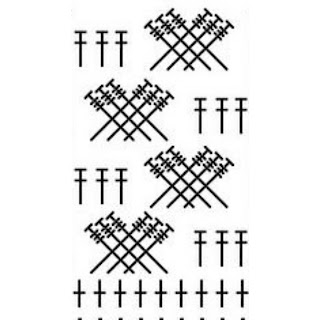 And it used for the same use as a two-roll column stitch, and in works where the stitches are nested, they are long, 5 chains long.

Its name is in English (half double crochet), abbreviated (hdc), and its symbol:

And its shape in the pattern: 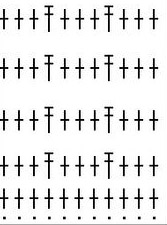 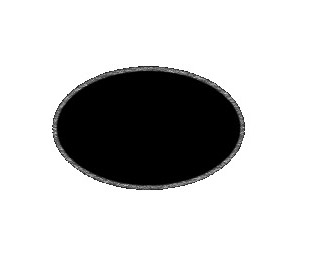 The black point is the sliding stitch
A picture of the  using the slip stitch: 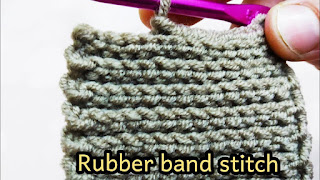 When used in knitting jobs it results in a job similar to knitting. 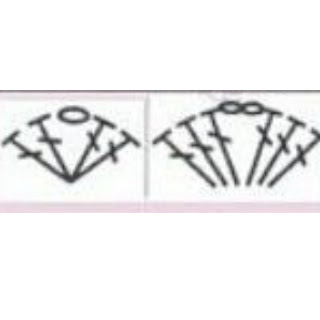 Shell stitch is used in many clothes, shawls, caps, bags, and sheets. This stitch is characterized by that it can be used consistently without increasing as in rectangular shawls, and it can be increased and expanded as in dresses and triangular shawls.
Example of a dress with a shell stitch: 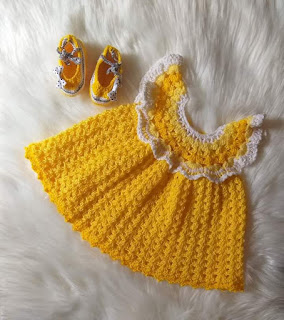 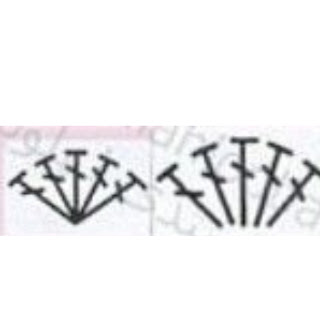 Fan stitch is very similar to the shell stitch, and it has the same use, and is most used on the ends of shawls, blankets and sheets.

10- The front post double crochet and back postduoble stitch:

It’s name is (puff stitch), and her code is: 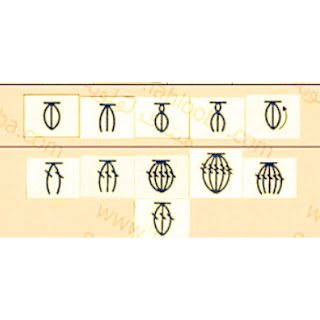 There are several patterns for puff  stitches
They are used in most crochet works, especially the caps and scents for their beauty, and diversity in their shapes. Each shape gives a different and distinctive look with its beauty.

The stitch is very similar to the puff stitch, and it has the same uses, but differs in the way it works.

They are used in many businesses, and all clothing, such as tops, jackets, blouses, etc. has many shapes, and can be made with two or three stitches.

14- Stitch of the Braided Cable Stitch:

It’s name (Braided Cable Stitch), her form in the pattern:
The braid stitch is mostly used to make cuts for men, such as tops, patches, and caps, and garments are generally decorated.

It’s name is Reverse Stitch crochet, and her code is: 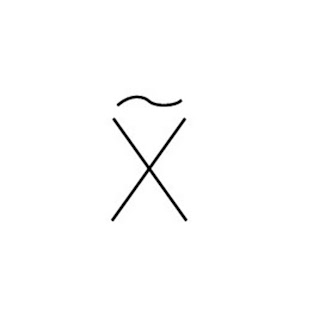 They are used for decorating the parties only, they cover and give them a beautiful appearance.
Picture of upside down padding: 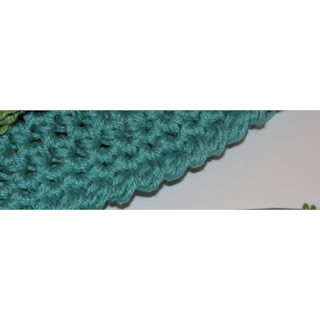 Regular parties to our business in crochet

We start the first line normally as we always do, with the number of strings rising according to the required stitch length, and the second line raising the same number of strings that we climbed on the first line.
We leave the first void we reached, and create the first stitch in the second void, after which we continue the work until we reach the end of the line, and after that, we do not make a stitch on the last stitch, but we do it on the last series we did at the beginning of the previous line.
Here is a video that shows the parties working in an organized manner.
Pattern for square work mode

Pattern simple and easy to crochet

How to crochet a cap

Crochet channel
Showcase your crochet business in an easy and simple way.