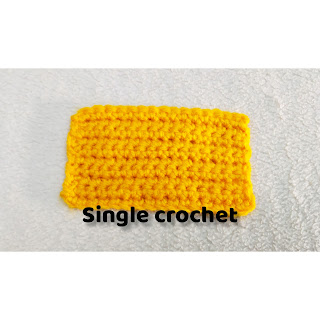 What is its name in English, and what is its abbreviation?
How do we make the number of stitches increase and decrease?  What is its use?

It is one of the basic stitches, which everyone who loves crochet must learn.
It is involved in most crochet works,
Its advantage is that it is similar to knitting and has no voids, so it is used in children’s clothes.
A large collection of children’s jackets, jumpsuits and tops made in this stitch spread, and it was admired by many.
The result that we obtain from this stitch distinguishes it from others.
It is also used in a large number of crochet works at the end of boaters, scrolls, and many patrons.
It also has another advantage, as you can reduce the number of stitches and increase them easily with no ease on the work or the piece you are doing, and does not leave any void.
This is also why they are used to make dolls, they are coherent and give the best results.
Single crochet stitch, its English name is single crochet, and its abbreviation is Sc
And form in the pattern (+) a plus symbol, or multiply (x).
The first form in the pattern 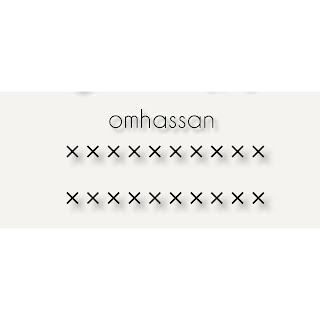 The second form of stitch in the pattern 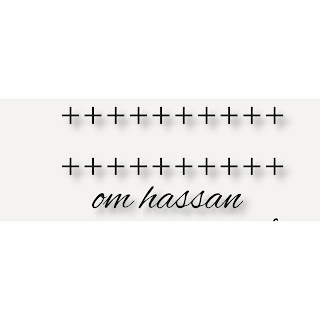 After creating the chain we want, we start making the pattern stitch
At the beginning of the line – we go up one chain – the height of the stuffing stitch,
and we start doing the second stitch from the second chain.
This is by inserting the hook  from the chain link, so that there are strings at the top of the chain, and a thread from the bottom of it,
And we pull the thread from this loop, so we have two loops on the hook.
Then we wrap the thread on the hook and pull it out of the two rings together, making this the first single crochet stitch.
And we repeat this step in each series of strings by inserting the hook in it and pulling the thread from inside the ring,
To form two rings on the hook, we pull the thread from them and form a stitch, until we reach the end of the line.
And then we move on the second line, we start by making a chain and at the second loop we do the first stitch – we don’t create a stitch on the first loop – in order to keep the ends straight,
And we complete each stitch that we stitch on until the end of this line.
In the end, we do not make stitches on the last stitch, but rather create stitches on the chain that we made on the first line,
And we complete this way until we complete our work, and get the size we want.

How to increase and decrease the number of stitches:

Increase: As we used to do the single crochet stitch, but we do two stitches from the same loop,
to find that the number of stitches doubles.
We multiply the number of stitches by the same number that we want to increase.
Decreasing: There are two ways to make a decrease, the first way we do a stitch and leave the stitch next
We move to the third stitch and do a stitch on it, i.e. three stitches that become two stitches and complete until we reach the number of stitches to be cut.
The second method: we make the stitch as before, we enter the hook from the loop and pull the thread,
So that we have two threads, but we leave them on the hook and do not complete the work of the stitch,
and we do the next stitch and we pull the thread from the loop so that it has three rings on the hook,
We wrap the thread on the hook and pull it out of the three rings together.
All this explanation is shown in the video at the end of the article.
With this we finished the second lesson, we leave you in God’s care until we meet in the next lesson.
Explanation in Arabic

How to crochet a cap

Crochet channel
Showcase your crochet business in an easy and simple way.